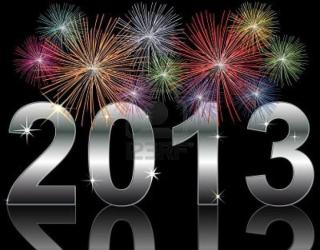 “What’s your New Year Resolution?” Everyone keeps asking this to everyone, at the end of each year, & hardly does anyone follow through with their resolutions.


Agreed, that the end of one year and the beginning of a new one symbolizes new beginnings and new hope and makes a person feel positive.


But does anyone notice that the resolutions each one of us makes or attempts to make are the same, like earning more money, buying fancy clothes, buying a car, house or losing or gaining weight or something on the similar lines. I mean all this is fine even great in fact, but ‘yawn!’ aren’t you bored of it? Bored of making the same resolutions again and again, even when the years keep changing?


I personally am a lazy person, so usually, I don’t make any resolutions at all!!! Planning anything isn’t really my cup of tea & will never be, because I love to take life as it comes. But this year, I was irked by listening to the same old New Year list from people surrounding me!

Hence I ‘attempted‘ at making resolutions, which are not the same old ones trying to change the outer aspect of one’s personality but also the inner one! Here they go..

1. Don’t judge yourself, no one is really prefect. everyone fails at something at some point or the other..it doesn’t matter if we fail, what matters is that we should rise above it & with style!


2. Don’t judge others.. well if you are not perfect what right do you have to criticise others?


3. Forgive yourself. Often, we forgive mistakes which others make very easily, but find it difficult to forgive ourselves if we make a mistake. Forgiving oneself is much more difficult, but its really very important for mental health.


4. Don’t take life too seriously or too lightly... I often come across people who are grim faced, solemn and won’t even find the world’s most hilarious joke, hilarious at all… & I see some people who are so shallow and goofy that even if a person cries, gets hurt or maybe even dies in front of them, they find it funny..  Both the categories are incorrect, the former showing lack of ability to enjoy life and the latter, an insensitive attitude. I think there should be a balance between the two. That is why in the Art of Living organisation, people wish each other ‘Jai Gurudeva’ which means a salute to the inner you, which is both fun-loving and serious!

5. Be content. Whoever you believe in, which ever God, be indebted to him. Be content that you are alive and healthy. Every person who comes in our life teaches us something. If they stay & stick by you, be content that that they are there. If some don’t stick by you, remember their part in your life is over. 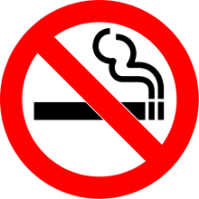 6. A big message- New year celebration is NOT synonymous to drinking, drinking and driving, smoking or binging on non-vegetarian food.
Well to each, his own. I don’t want to sound preachy to people who drink, smoke or eat-non vegetarian food just because I personally don’t do any of it or because it doesn’t fit in my belief system; but hey just wanted to spread the message that doing those things does NOT make you ‘cool’ or a ‘happening guy or gal’ I personally feel such people are really shallow. So never try to do things which you don’t like just because others do it, or just because you want to ‘fit-in’


7. Don’t give up your hobbies– they make your life interesting! 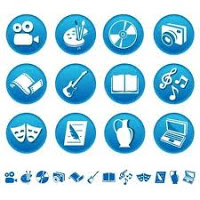 8. Appreciate nature. Most of us are so caught up with our respective schedules, that we barely have time to look around and appreciate nature. Now appreciating nature doesn’t mean climbing Mount Everest. Even a pretty butterfly or a cuddly puppy or a beautiful rose is a miracle of nature!

Well, I’m concluding my post here, too much philosophy isn’t good for health either!!! Haha! J

To those who were enquiring about why I haven’t been blogging often, I just want to say that I hope I do it more often!

Don’t forget, though sometimes we may not agree, it is really a wonderful world after all! 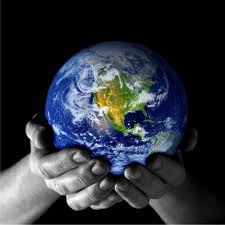