Nov 24, 2015 Aamir Khan, Hindu, Hinduism, humanity, India, India against Corruption, Indians, Intolerance, Islam, love, Muslims, peace
Hello everyone!
I am back to blogging after a long time!
A lot has changed over the last month or so.. Not really, but yes, to some extent it has.

India has supposedly become “Intolerant” I keep hearing news of Indian ‘Intolerance’- A new concept started by so called ‘Adarsh Liberals’ and ‘Leftists’ One isolated incident in Dadri and it has created such a hullabaloo. I agree what happened was very unfortunate, but this generalization of India being Intolerant is too much. 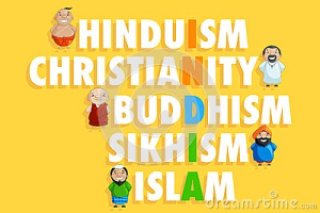 India- A land celebrating Unity in Diversity, a land of different languages, religions and cultures since eons together, suddenly accused of “Intolerance” by subtle anti-Indian forces, creating animosity in our country, differences between each other.

Amid this still on going chaos, came the news of the recent Paris Attack by the ISIS.

The world went into depression, rage and angst at this news.

The city of love and romance- Paris has been attacked by hate. The religious fanatic group who call themselves ISIS are ruining this world with there brutal attacks. They are defaming Islam and creating an unrest among all religions and communities in the world. Dear India and World, where are we heading to?

Coming back to India, recently, the famous Bollywood actor  ‘Aamir Khan’ has spoken that ‘India is Intolerant and he is considering leaving the country.’

This comment coming from an actor who has earned crores and become a billionaire just because of the people of India is absolutely absurd and hurtful.  This comes from the same man who was the face of ‘Incredible India’ and hosted the popular television series ‘Satyamev Jayate’
This hypocrisy amuses me!

It ponders me to think.

Why didn’t the so called ‘Idealists’ and ‘Celebrities’ give up their awards or speak up then?

A certain section of media and people, including celebrities have been against the current ruling government of Bhartiya Janata Party and Prime Minister Narendra Modi. They want to create unrest among Indians and want us to fight among ourselves so that they can continue to reap political and monetary benefits.

There have been incidents when they are blamed for unnecessary things. By repeatedly calling him a Hindu Fanatic, they have eventually proved their own ‘Anti-Hindu’ and ‘Anti-India’ agendas.

I am tired and sick of people calling India an Intolerant nation. The fact that they can get up and speak their mind and place their views with freedom and accuse India of Intolerance, itself proves how tolerant my country is.

The Indian National Flag consists of Saffron and Green, which symbolizes Hindu and Muslim Unity.

We welcome and love people of each religion and community to our country. In fact, we have never forced anyone to adopt Hinduism or convert themselves. Everyone happily follows their own culture and religion in our nation. Yes some fanatics, both Hindu Fanatics and Muslim fanatics keep fighting among each other, but a vast majority of us is peace and harmony loving. We all are friends with each other. As a Hindu myself, I have friends who are Christian, Sikh, Muslim, Parsi and others. We continue to exist in mutual peace and respect for one another since ages and generations together.

As kids we were taught by our parents and teachers to respect all religions and castes and that ‘God is one, only present and worshiped in different forms’

It pains me to think how shallow India and the world think and how low are some people stooping. At a time where we all should stand united against crime and violence, we are fighting over petty issues and accusing each other. Let’s rise above individual religion and stick to only one religion- “HUMANITY”

India and the world need peace, love and unity.

Let’s create a better country and better world for us to live in.

P.S. Mr Aamir Khan, you are free to leave the nation if you find us intolerant!

Dream. Imagine, Be Crazy. Be You

5 Powerful Strategies to Deal With Negativity

5 Ways To Deal With a Work From Home Burnout

5 Powerful Strategies to Deal With Negativity

5 Ways To Deal With a Work From Home Burnout